My Irish Grandma always loved a little cream in her morning coffee, so when I found myself in Starbucks the other day, I couldn’t help but order a Breve coffee in her memory. But what exactly is a Breve coffee?

Breve coffee is an Italian drink that combines espresso with steamed half-and-half instead of milk. Although Breve coffee has a creamier and richer taste than other drinks, it contains more calories because half the milk is substituted for light cream.

Because of the extra sweetness from the cream, Caffè Breve should be served without any additional sugar

Contents show
1 Breve Milk Explained
1.1 What is breve half-and-half?
2 Breve vs. Latte vs. Cappuccino vs. Flat White – 4 Popular Espresso Drinks Compared
2.1 What is the difference between a latte and breve?
2.2 Is breve better than a latte?
2.3 Is a breve the same as a flat white?
2.4 What’s the difference between a breve and a cappuccino?
3 What is Starbucks Breve?
3.1 How do I order a Starbucks breve?
4 Breve Latte Recipe That You Can Make At Home
4.1 Ingredients
4.2 Instructions
5 People Also Ask
5.1 What is a Dutch Bros breve?
5.2 How much espresso is in a breve?

By now, you should know that the vital ingredient in a breve, which sets it apart from other regular milk-based coffee shop drinks, is the “breve milk,” which consists of half-and-half.

Contrary to popular belief, Breve milk is made from whole milk and light cream instead of heavy cream.

What is breve half-and-half?

Breve half-and-half is an espresso drink made with light cream and a whole milk blend. It usually contains high-fat content (10-12%), perfect if you love creamy foam and milk in your coffee.

The world of coffee can be super confusing with such a wide variety to choose from. This section will compare cafe Breve with other popular espresso drinks that are more commonly known.

What is the difference between a latte and breve?

Caffe latte is the more commonly known of these two drinks and is made from espresso and steamed milk.

Because a cafe breve contains cream, it has a higher calorific value than a latte. A 12 oz breve latte contains approximately 280 calories, compared to 150 calories for a 12 oz Italian latte.

Now, what about a Breve latte?

A latte breve is technically the same as a breve; it’s just another name for it. It consists of espresso, steamed half and half, and foam.

However, if you order Breve in some coffee shops, such as Starbucks, they will give you just the half-and-half, so I recommend always being specific when placing your order with a barista.

Is breve better than a latte?

A breve and a latte are both prepared in the same way. The Breve is sweeter than a latte, with a richer and creamier taste because it uses half-and-half instead of milk.

This sweeter flavor also means that a Breve doesn’t need added sugar or sweetener. However, it does contain approximately 130 more calories than a cafe latte for a 12oz drink, so it’s certainly not better for those on a diet!

Is a breve the same as a flat white?

A flat white is an espresso-based coffee drink made from espresso, steamed milk, and microfoam. It is unique from many other milk-based coffees because it does not have a frothy foam on top.

A breve is an espresso-based hot coffee drink that differs from a flat white because it uses steamed half-and-half rather than steamed milk. Both can have a microfoam on top.

What’s the difference between a breve and a cappuccino?

An Italian cappuccino is an espresso-based drink with hot milk, milk foam, and a light dusting of chocolate powder.

The main difference between a breve and a cappuccino is the milk used. A breve cappuccino is made with espresso, topped with higher fat half-and-half, and foam.

What is Starbucks Breve?

A Starbucks breve is any espresso or coffee drink from the Starbucks menu, where the milk is substituted for half-and-half to give it a sweeter, creamier taste.

How do I order a Starbucks breve?

To order a Starbucks breve, you need to ask the Barista to change the milk to half-and-half for your order.

If you order a breve half-and-half at Starbucks, the Barista will prepare your drink and steam the half and half instead of milk after placing your order. Once your coffee drink is ready, a barista will write the letter “B” on your cup – this is a great way to confirm you have received a Breve order at Starbucks!

Breve Latte Recipe That You Can Make At Home

I often get asked by readers how to make a Breve at home. Here’s a great Breve Latte recipe that you can follow.

What is a Dutch Bros breve?

A Dutch Bros breve drink is any coffee beverage from its menu prepared with half and half as an ingredient, instead of milk. There are six breve drinks to choose from at Dutch Bros:

How much espresso is in a breve? 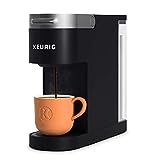