The Frappuccino and latte are simply two different drinks, despite sharing similarities such as including milk in their recipes.

The Frappuccino is a Starbucks trademark drink made of many ingredients, and optionally doesn’t include coffee, while the latte is made of espresso plus textured milk and is served by any café in the world.

What’s the difference between a Frappuccino and a latte? Milk coffee drinks on the menu can be a little tricky to navigate. Perhaps that’s because you’ve just started your journey into espresso, or it’s your first time seeing these many drinks on the menu. Latte, cappuccino, cortado, frappe, flat white… all of them contain milk!

It gets more confusing when you go to Starbucks. I’m sure everyone has, at least once, been daunted by Starbucks’ vast giant menu looming over the cashier. Plus, their seasonal menu is always changing, from featuring summer-themed teas to October’s staple Pumpkin Spice Latte.

People often get confused between the Frappuccino and popular milk coffee drinks, such as the cappuccino (which rhymes with Frappuccino). This article will answer all of your questions, and you’ll be ordering like a pro-customer at Starbucks (or any café) in no time!

The Frappuccino is unique to Starbucks

Have you ever seen Starbucks advertise their lattes, cappuccinos or even espresso? Rarely. The Frappuccino is Starbucks’ signature drink. Only every Starbucks outlet serves the iconic Frappuccino, whether it’s a gas station drive-through or an extravagant café in the city centre.

The Frappuccino was first invented then trademarked by The Coffee Connection, a café chain that originated from Massachusetts, USA.

Starbucks bought The Coffee Connection in 1994, which allowed them to claim the rights to produce and sell the Frappuccino. The Frappuccino is unique to Starbucks

The latte is available at any café

Meanwhile, every café and espresso bar serves lattes on their menus. It’s one of the most popular espresso staples alongside the long black and cappuccino.

Some café menus serve lattes as “white coffee”, which simply means milk coffee. As you know by now, milk coffee has many different versions. The most common kinds of milk coffee served at a café are the flat white, latte and cappuccino.

While baristas are well-versed with the differences between these three milk coffees, customers may be confused and that creates a gap between the baristas and their customers.

Café owners want to bridge that gap and give customers a more friendly experience. So, their menus use an umbrella term, “white coffee”, which easily explains that milk is added to coffee.

The Frappuccino is a complex drink, but easy to make

The original Frappuccino recipe by The Coffee Connection was a combination of the frap (ice-blended espresso and milk), the frappe (blended ice-cream, milk, and syrup) and the cappuccino (foamy steamed milk poured on espresso).

When Starbucks gained the rights to the Frappuccino, the original recipe underwent a few small changes to become the iconic drink it is today.

Even now, Starbucks still switches up the recipe to create a rainbow of Frappuccinos for their seasonal menus.

A Frappuccino is simply made by blending ice, syrups, and a Starbucks base. Then, it’s crowned with a swirl of whipped cream, decorated with toppings like nuts or more syrup.

However, the recipe can be quite a challenge to remember. Starbucks baristas need to remember which syrups and how many pumps of each go into blender.

Multiply that by 33 (the number of Frappuccinos on Starbucks’ official website, not including the seasonal menus) – that’s a lot to remember! Starbucks customers are also allowed to request how many pumps of each syrup they want.

Plus, Starbucks offers alternative options for their customers’ Frappuccino such as their Crème base (a non-coffee-flavoured alternative) and soy milk (for a vegan Frappuccino).

The latte is simply espresso + milk, but execution can be tricky

To some, pouring basic latte art is a fundamental skill that anyone must master before deeming themselves a barista. Pouring latte art and texturing milk can nearly throw off any beginner barista at first, but with practice comes progress! What is a frappe latte? A frappe is simply an ice-cream shake. Ice cream, milk and syrups are blended together to create this creamy dessert drink.

A latte is a type of milk espresso drink. Textured milk with little micro-foam is poured into a shot of espresso into a cup. A prominent characteristic of this drink is its latte art, when served warm.

Technically, a frappe latte could possibly be an ice-cream shake blended with espresso.

A frappe latte is most likely an uncommon drink in the coffee world. It may exist on a few creative café menus, but it’s mostly unheard of. There aren’t many sources on the Internet that tell what’s a frappe latte, but there are many websites that discuss the differences between a frappe and a latte.

Which has more caffeine, frappe or latte? Firstly, it’s very important to understand the makeup (or recipe) of each drink. The frappe is made by blending ice cream, milk, and syrup. The latte is made of textured milk and espresso, which is coffee.

Is there a difference between a frappe and a Frappuccino? The frappe and the Frappuccino share a few similarities:

However, they are still two different drinks, with key differences such as:

The latte and Frappuccino are simply two different drinks, despite sharing very few similarities such as:

To pack it all up in a digestible takeaway, the Frappuccino: 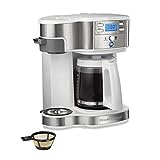